After high school Frank served in the U.S. Army for 2 years as a demolitions expert. He later met and married Neva A. Luther in Springfield, Colorado in 1957, and their early years of marriage were spent traveling and living in many different communities as Francis worked as a dynamiter and surveyor with Century Geophysical from 1954 to 1972. In 1972 Frank went to work for Kerr-McGee as an electronical logger in the uranium industry and that landed them in Grants, NM where they settled for a good many years and raised their two daughters. In 1978 with the decline in the uranium industry he was sent to Casper, Wyoming. Eventually, Frank changed careers and sold insurance in Denver, Colorado and then Albuquerque. After retiring, Frank and Neva moved back to Grants in the 90’s to be close to the daughters and grandchildren.

Frank was active in the community volunteering on the City of Grants Recreation Board, Future Foundations, Grants High School Tennis, the Republican Party and Mt. Taylor Quadrathlon. Over the years you could find him at the sports fields with the grandkids, and at the dog park as he was the family dog sitter, which he did faithfully every day until he could no longer drive.

A memorial service for Frank and Neva, who passed away within days of each other will be held at a later time with the immediate family. 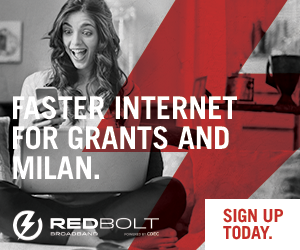